In this article, we’ll show how to implement curve fitting with FNC math components presented in version 3.2 of TMS Analytics & Physics library, most importantly, with little to no code!
Curve fitting (approximation) is a mathematical method of finding a math expression (function) that fits best to some discrete data (series of points). Commonly, we need the following three ingredients to implement the curve fitting:
Let’s go through the FNC components for these three elements. The first component is TFNCDataSource1D. The component provides data for curve fitting and has the following published properties:
With standard Delphi IDE tools for collection editing, we can add and delete points, edit values of the points in design time. There is a binding component to show the data on an FNC chart - TFNCData1DPlotter. It has two primary published properties:
When assigning an FNC chart to the Chart property in design time, the plotter component creates a series for the chart. You can tune the series' properties to get the appropriate data representation. In the picture below, we showed an example of data, drawn with the data plotter. 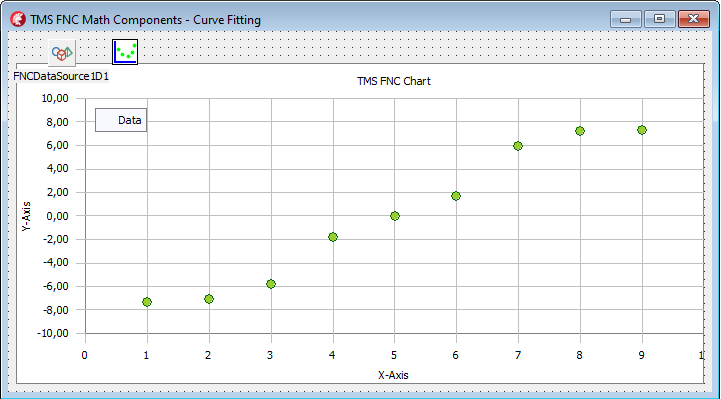 The second ingredient for curve fitting is the set of basis functions. We’ll use the TFNCLinearConstructedBasis1D component. This component provides the easiest way to get a set of functions for constructing the fitted curve. The main published properties of the component are the following 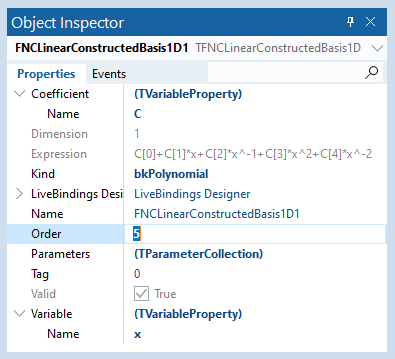 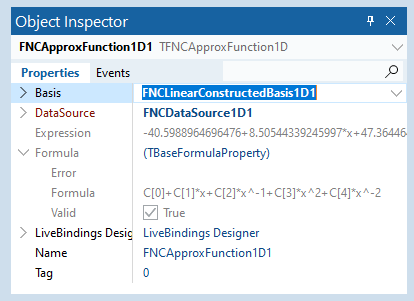 The TFNCApproxFunction1D is a descendant of the TFNCBaseFunction1D component. So, you can draw the curve on an FNC chart as described in the previous article. An example of the resulting curve is shown in the following picture: 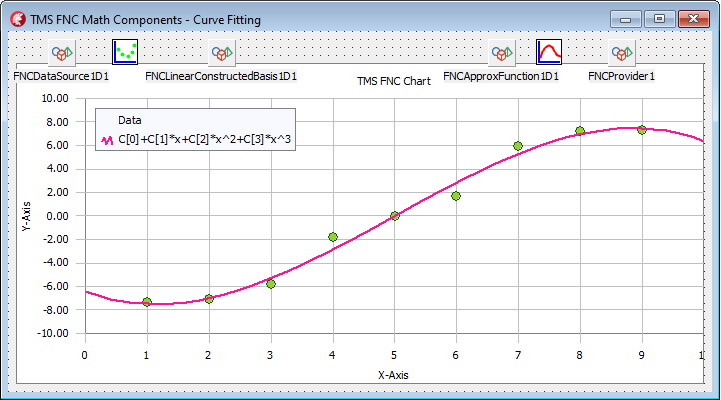 You can change the kind and the order (number of functions) of the basis at design time. Any change leads to the approximation algorithm run, and you can see the resulting curve on the chart. The same is true for the data source: when a point from the collection changed, the curve is reconstructed to fit the new data. In the following two pictures, we showed the approximated curve for the basis Order=6 and for changed data points. 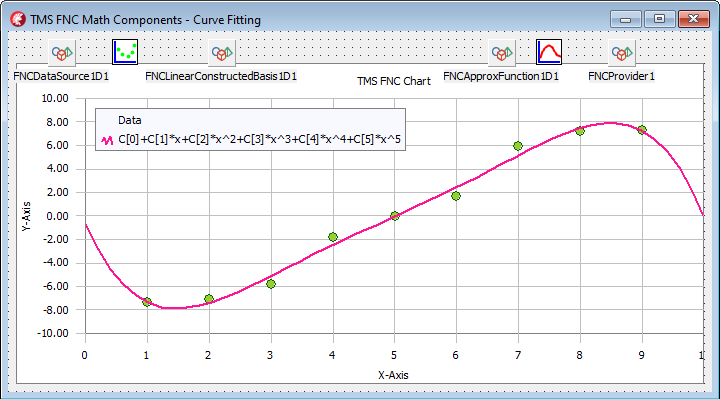 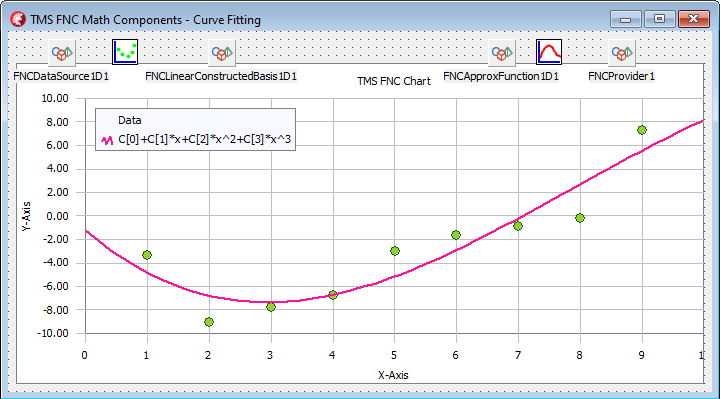 The last option to mention is the Parameters property of the TFNCLinearConstructedBasis1D component. Some basis functions are parametric and they require parameter values for evaluation. For example, the Fourier basis requires the ‘L’ parameter – period of the sine and cosine functions in the Fourier series. When the basis kind changes, the component automatically adds required parameters into the collection, and you can assign the appropriate values to them. An example of the data, approximated with Fourier basis for L=4*Pi is shown in the picture below: 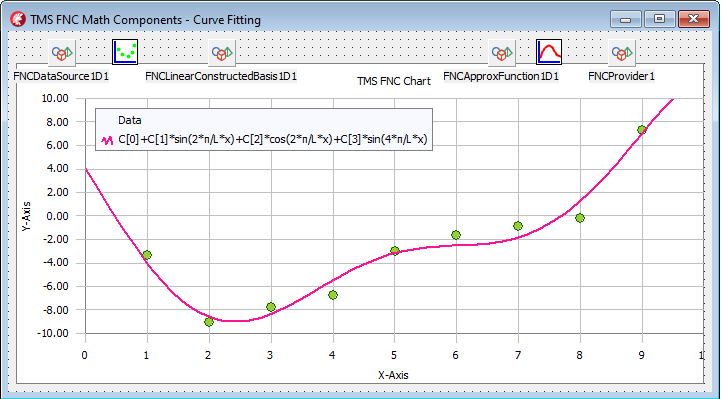 With the FNC math components, you can create the curves fitting application visually, with no line of code. You can tune the components and set the appropriate options at design time to select the best-fitted curve for your data.

The source code of the demo project for the article can be downloaded from here. To start using the FNC math components in your applications you need to install the TMS Analytics & Physics and TMC FNC Chart products.

This blog post has not received any comments yet.